The National Emergencies Trust launched its first appeal in 2020: the #NETCoronavirusAppeal, which raised over £97million that was distributed over 13,000 charitable projects. To recognise the magnitude of hard work that was continuously done, Alcimi assisted the National Emergencies Trust to launch a campaign with the objective to give the thanks that was deserved; this is where the #NETCharityChamps campaign was born. The campaign reached a total of 28 million people over social channels, it included celebrity connections, and also brought huge brand awareness for the charity, which reached the objective.

How the charity marketing campaign began

Alcimi is a proud founding patron of National Emergencies Trust, and has pioneered digital transformation for them from the beginning of the Coronavirus appeal. In the #NETCharityChamps campaign, Alcimi’s ambition was to establish the values of the National Emergencies Trust, and to leverage corporate and celebrity support to improve both reach and engagement due to it being a relatively new charity. The marketing strategy was focused on the stories of the people doing the fantastic work on the front line during the coronavirus pandemic and therefore publicly thanking them for all of their hard work.

During the appeal, charities and people have adapted and responded to the new needs of their communities in various different ways: creativity and compassion, to reduce isolation, support mental wellbeing, offer vital essentials and much more.

One of the charity champs is Elza Maeshiro, from Moorland Star, Rhyl, who said:

“We’ve delivered over 6,000 meals to community members and even though restrictions are lifting, we’re looking to extend our service as many elderly members are still afraid to go outside”

By the end of the coronavirus appeal, there was a total of £97million raised from a variety of corporates, trusts, and the public, which was then distributed through key areas amongst national partners such as Age UK and Barnardo’s. Additionally, the UK Community Foundations distributed funds at a grassroots level to provide support where communities needed it the most. This is where the #NETCharityChamps campaign brought the charity workers and national partners together. The campaign’s objective was to celebrate the work of the Charities and Grassroots organisations who continued to aid and support their communities through charitable work. The Charities and Grassroots organisations were at the heart of the campaign, introducing celebrities and national partners to give their thanks,  and then the campaign was structured to amplify this in order to create an online strategy which ensured maximum engagement.

To give thanks, there was a thank you message published by the chair of National Emergencies Trust, General The Lord Dannatt, who said:

“ I would like to personally thank everyone who has contributed to what has been a remarkable effort this past year. You have made a meaningful difference to people’s lives when it mattered most. And you have taught us lessons we take forward gratefully as we prepare for the next national emergency.”

The #NETCharityChamps campaign was in response to this incredible result of the appeal. The charities and fundraisers have stories to tell, and the campaign had the corporate partners and celebrities meet the ‘Charity Champs’ themselves, virtually on online platforms. The aim was to tap into new audiences and also build trust by putting known faces to the campaign when the celebrity element surfaced. To do this, Alcimi harvested network opportunities to get more people involved, and reach out to different people in the public eye. We collaborated with Telling Tales Productions and Swift Talent to help to bring the campaign to life. The idea was based on gaining new audiences, building trust, and consequently a bigger social reach.

To set up the campaign, Alcimi worked to facilitate the National Emergencies Trust with the website which included graphics, content writing, and SEO as some of the main marketing strategies and branding. This needed precise planning preparation alongside campaign planning to maximise online and offline opportunities. One of the key points was to ensure that it is easy to discover and share so that the campaign would reach more people and new audiences.

Social media was a big part of the marketing strategy and there was an abundance of factors to consider to ensure that the campaign was successful. Through the campaign, there was research into relevant hashtags which was a factor in utilising the social platforms. Whilst the campaign was ongoing, it was important to analyse data and analytics to see what was working well and what was being shared the most successfully.

In addition to this, Alcimi constructed media packs to promote the campaign, and to work as a marketing strategy which would get more people involved online. The media packs provided a way for information to be posted online, for both the charity champs and the supporters, therefore targeting different audiences and social media channels. The media packs were created as an easy way to circulate the information and thus encourage sharing on social channels.

The results of the campaign were a success, and it had a massive social outreach which totalled a huge 28 million; the brand awareness objective, and public recognition for the charities and projects, was very much achieved. Furthermore, the online engagement exceeded expectations, and It was decided to be extended a further four weeks. This was  due to the support, engagement, and interest in the incredible stories from across the UK. On social media, there have been shares and retweets, and the faces of celebrities showed their support by thanking their local charities. This fulfilled the goal of reaching new audiences and providing a bigger social reach. In conclusion, the marketing strategy resulted in prolific brand awareness, and the ‘charity champs’ got the recognition that they deserved.

Click here to find out more about our work! 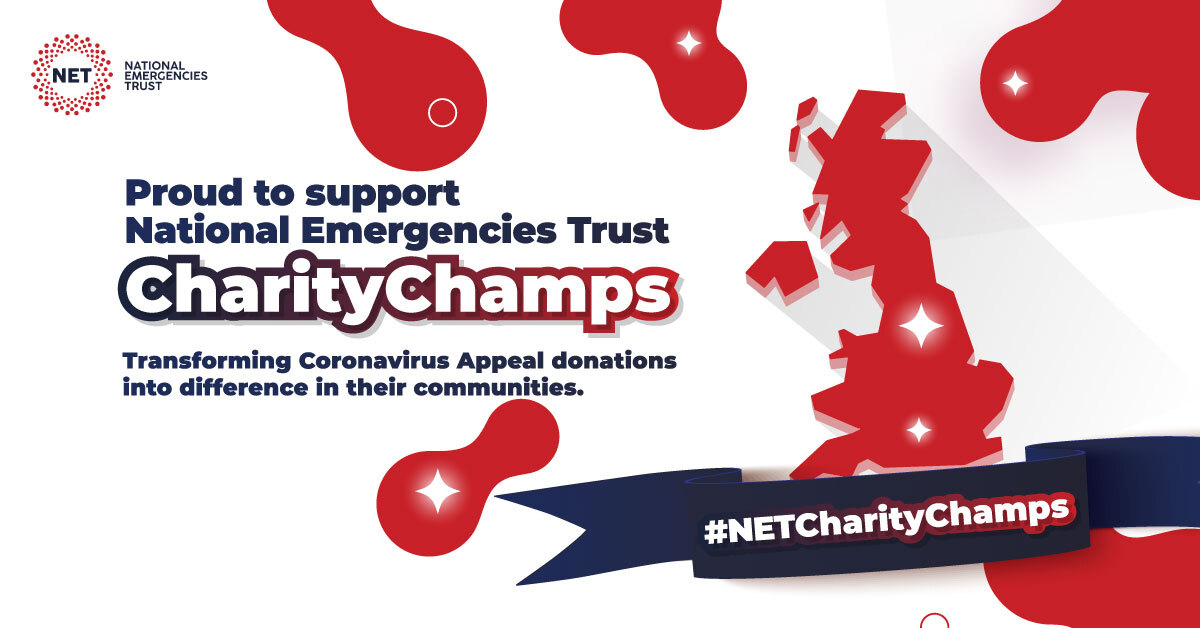